Sales Volume on the Coastside in the last 12 months

Where are the real estate sales dollars being invested in the Half Moon Bay Coastal (including El Granada, Moss Beach and Montara) neighborhoods?  The Multiple Listing Service (MLS) chart below is based on sales volume in the last 12 months – May 2011 to April 2012 (so far).  At a glance, you can tell the neighborhoods with the highest prices – Ocean Colony, Miramar, East of Highway 1 in Half Moon Bay, and El Granada.  These are the areas with many big lots, big views, big houses.  The other neighborhoods may have had a similar number of sales, but the average price point will be smaller.

The Coast is made up of small cottages and a few A-frames, some charming mid-century designs, 20th century ranchers, two or three-story eclectic or Mediterranean styles, and spectacular one-of-a-kind/custom ocean view homes – with varying prices. 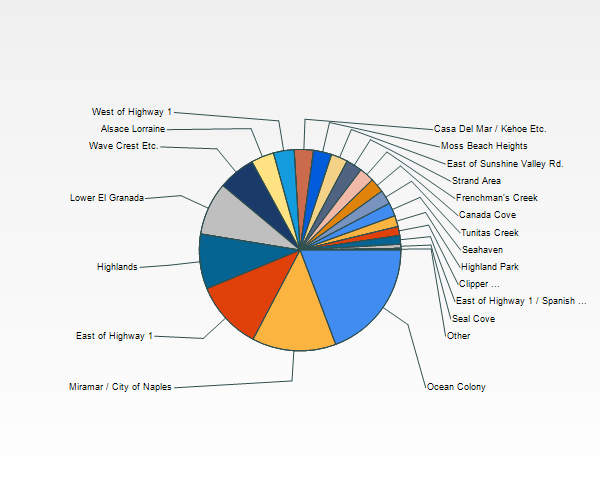