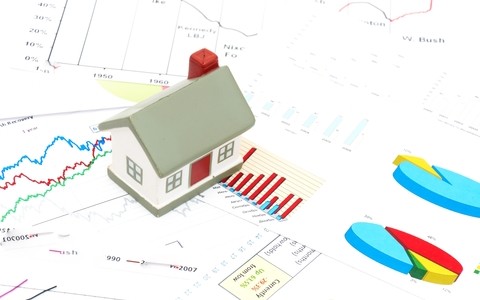 Happy New Year! As 2015 gets underway, the Bay Area housing market continues to see a precipitous drop in homes for sale.

Some of this decline is to be expected given the normal seasonal slowdown over the holidays and into January. Tradition has sellers thinking about listing after the Super Bowl. But nonetheless, the scarce inventory we’re seeing around the Bay is amazingly low by historical standards.

Just a few samples of the dearth of listings:

Those sellers who defied the trend and listed their homes over the Holidays were rewarded with multiple offers in most cases.

Only time will tell if this historically low level of homes for sale continues through the early weeks of the new year. But my guess is that as we work our way through the winter season we’ll gradually start to see an increase in listings as astute homeowners with equity in their properties decide to capitalize on this hot seller’s market.

Below is a market-by-market report from our local offices:

North Bay – The Novato area housing market was slow over holidays as expected. Our Santa Rosa Bicentennial office manager says inventory continues to fall and is now down to 1.2 month’s supply. Well-priced homes can get multiple offers, but in this case the norm is 2-3 offers not 8-10. VA buyers are on the upswing, which is something that this market has not seen for some time. The high-end Previews market remains strong with a good balance between supply and demand relative to the middle and lower end markets. A similar story is reported by our Santa Rosa Mission office: Seasonally slow with not much new inventory. There are multiple offers when exciting new inventory comes on the market. In Sebastopol, not many people chose to list homes over the holidays. In Southern Marin, the overall market slowed over the Holidays. However, for the new year there are a solid number of new listings to partially meet the pent up demand. The Previews market is still steady/strong as evidenced by two $4 million plus sales which CB Southern Marin participated in “off market” in late December. For 2015 so far, that office just got an accepted offer on a $7.5 million listing from foreign buyers.

San Francisco – Even for Holiday weeks, San Francisco had an extreme lack of inventory, according to our Lombard office manager. There were about 75 single-family homes on the market. Mid to late January will tell us whether we will be in a continued drought for listings or enjoy a healthy surge of new properties on the market. One closing in the past week on an $800,000 listing came in at over $1.1m, more than 40% over. Our Market Street office manager says that with the Holidays, listing inventory continued to disappear with most new sellers waiting to begin marketing their houses until all the festivities were over.   Those homes that were on the market (including some that had been passed over previously) were rewarded with multiple offers – from four to eleven during this period.    With the new year comes a sense of eagerness on buyers’ parts waiting for new inventory to be introduced.

SF Peninsula – Inventory is the lowest our Burlingame manager and agents have seen in 25 + years. There were 2 new listings on the broker tour, and one sold before the tour. Despite these obstacles Agents are digging down deep into their resources, contacting past clients of market sellers and anything creative they can come up with to deliver inventory to pent up buyers. The spring market has truly begun. She said the year hasn’t really kicked in yet with the high-end market although our office had 2 Dec. sales $9-11 Mill. Listing inventory is very low in the coastal area, reports our Half Moon Bay manager.  Since the new year, there seems to be much more positive energy in the office and agents are a lot more active with potential listings.  There were 3 different groups of walk-ins past 3 days and they were all from out of town.  They were from Singapore, Colorado, and San Diego.  One of the agents reported that during the open house, within 1 hour there were 3 groups and all from out of the area. Our Redwood City-San Carlos manager says it’s a very, very slow time between the total lack of inventory and the normal seasonal slowdown. It’s also pretty quiet in Woodside and Portola Valley.

East Bay – There is very little inventory in the Berkeley area. Most properties are receiving between 2-16 offers, according to our local manager.  She said there are only 10 active properties in Berkeley available under $1 million. Inventory is also very low in the Preview segment of the market, but the buyer pool is still very strong with multiple offers on most listings.  Currently there are only 5 properties available in Berkeley over $1m. The Lamorinda Previews market is decreasing, according to our Orinda manager. Inventory is practically non-existent, according to our Walnut Creek manager.  She’s still seeing some multiple offers due to low inventory.  Prices are also starting to increase.

Silicon Valley – Nothing to sell, our Cupertino manager laments. On what little inventory there is, virtually all sellers are getting multiple offers. In the Los Gatos area, buyers continue to compete for homes due to the fact that inventory is down 20% in Los Gatos (area 16) from the same time last year. Our San Jose Almaden manager says the 2014 Holiday Season was much slower than last year, with the big issue being listings and inventory.  New listings for Almaden in December were 13 (down 38% from the previous month and down 13% from last year). Blossom Valley had 33 new listings (down 39% from the previous month and down 25% from last year). The local Willow Glen market is at a record low for active listing inventory to start the new year with just 19 listings. Other surrounding neighborhood markets are experiencing the same record low active listing inventory in some areas ­­– as low as 50% of what the active listing inventory was at the start of 2014.

South County – As of the first week in January, there were only 48 active listings in all of Morgan Hill and 24 of these properties were listed over one million dollars.  The listing inventory is somewhat better in Gilroy with 72 homes available for sale.  At this point buyers (and especially their agents) continue to be frustrated with the lack of inventory in all of South County.  Attendance at Open Houses continues to be impressive—with many buyers showing interest in the few homes that are on the market.   Many agents are door knocking and doing direct mail-outs encouraging owners to put their homes on the market.  A well priced, well maintained home in Morgan Hill usually garners multiple offers.  The same can said for Gilroy as well.  It is very evident that the low inventory has had a huge impact on the market.

Santa Cruz County – The demand for housing has stayed strong at least in part due to attractive interest rates. The supply of listings however is not meeting the needs of consumers who are trying to take advantage of the attractive rates, our Santa Cruz area manager reports. It is a great time to sell! The inventory of homes on the market in the high-end range is quite low. Demand is moderate and the pace of sales is relatively consistent with the more affordable range market.

Monterey Peninsula – We finished December 2014 with a nice increase in units and sales in the Monterey Peninsula area. So far for the first week of January, the ratified contracts are coming in at an impressive rate and more under the $1 million price point, which has been somewhat slow. Our local manager anticipates new listings and increased inventory to be picking up; it has been a focus for agents last quarter. Our offices are looking forward to a strong first quarter for 2015.