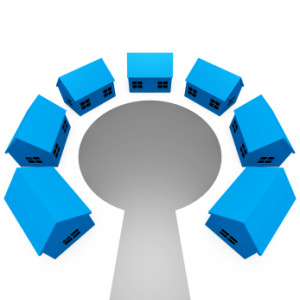 is what some buyers prefer who are looking for a community feel to their neighborhood.  Of course, neighborliness can still be fostered without living on a cul-de-sac, but some find the circular pattern promotes comraderie, and there aren’t that many cul-de-sac homes.  If you like this type of neighborhood, look in Casa Del Mar, Seahaven, Frenchman’s Creek, Ocean Colony, and Spanishtown in Half Moon Bay; Princeton-by-the-Sea (Clipper Ridge) in El Granada, or Arbor Lane in Moss Beach.

Some streets may be called cul-de-sac but really be a dead end street, where the houses are on either side of the street, but the street ends abruptly.    The Coastside has many such streets that are dead ends due to the semi-suburban/rural nature of many neighborhoods.  The Half Moon Bay neighborhoods that are more suburban-like that have dead end streets are Alsace Lorraine, Arleta Park (Wavecrest), the Shea homes on Seymour, Spanishtown in downtown Half Moon Bay.  The rest of the coastside neighborhoods throughout El Granada, Moss Beach and Montara are scattered with dead-end streets.  Just note they may really be dead end streets even if the MLS describes the lot description as ‘cul-de-sac’.