I’ve gone to the dogs…literally.  Actually I’ve been one-with-the-dogs all along.  About ten years ago, I sponsored “Pet of the Week” advertisements in the Half Moon Bay Review when I saw a need to bring exposure to local pets who were looking for their forever homes.  Fast forward and I find myself wanting to again provide a community service that fits with both my busy schedule and my passion for rescue animals.  This thinking led to the idea of creating a website that will bring added exposure to animals who were abandoned or given up for one reason or another and made it to the Coastside, and to the foster parents who bring them into their homes as part of a safe transition.  Part of my community support will be the development of this website, and paid advertising to increase visibility for the animals on social media sites.  This may evolve in other ways; I just don’t know where this will end up yet.  The site will be called Coastside Pet Rescue.

This passion may have begun with a unique childhood experience.  I recall a long, hot, summertime drive with my aunt, my second mom, really, who we called “Tia”, to a farm owned by someone she knew.  Her friend’s dog recently had a litter and, I think, was looking for homes for the puppies.  I don’t know why else we would have taken that trip.  I also didn’t know if we were bringing one home or not.  The strongest memory of this trip was seeing a pen of puppies all with dried formula stuck to their faces and barely moving.  I was too young and shy to ask why the puppies looked like this.  Next thing I knew we brought one of the puppies home.  As we drove away, I remember wondering to myself if any of the other puppies would live.  I also have a vivid memory of applying warm towels to his tender little face to try to loosen the dried food and get him cleaned up.  He turned out to be a German Shorthair Pointer and “Shatzie” became the family dog.

Fast forward to adulthood when my relatively new husband and I rescued a fluffy and loving Golden Retriever pup, Maddie, who lived a long happy life.  We were told that due to an under-bite she was not a “show dog”.  Here is a picture of Maddie in her senior years…always enjoying a ball to play with. 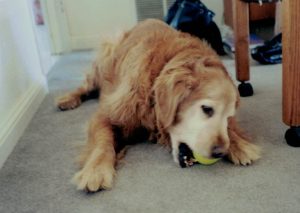 After several years, we rescued a pup from Petfinder. The pups were fostered in a private home in San Jose and, of course, we needed to complete an extensive application.  Each of the 5 puppies were named after cars….the little male who chose us was named “Beemer”.  While I thought that name was just fine, the kids chose the name “Monte”, and so we welcomed Monte into our home and he lived a long and happy life.  Here is a picture of Monte, also with a tennis ball! 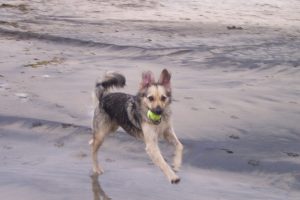 It wouldn’t take as long this time for me to feel the pull toward another family dog.  What you think becomes reality.  I noticed a video online that tugged at my heartstrings, yet kept trying to put it out of my head.  A week later, we brought home a senior lab/golden mix that we named “Chance.  We got to care for and spoil him for almost a year – because between coming to us with heartworm (which we learned about just before we made the drive and decided to continue with the adoption anyway) and then developing mast cell tumors which rapidly overtook his body, he was our drooling, hopping, walking, cuddling, constant companion until last August. 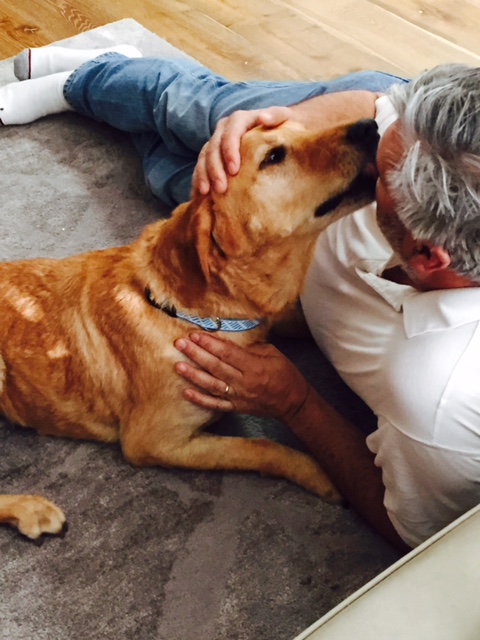 Recently, one of our pet guardian angels, Caitlyn, spotted a special dog during an average work day at the San Francisco SPCA.  I’ll spare you the long story, but we ended up with “Jake” last December.  So our latest rescue is about 18 months, a Huskie mix with tons of personality and affection, who will keep us on our toes for a long time – we hope.  And best of all, gets along with the cat! 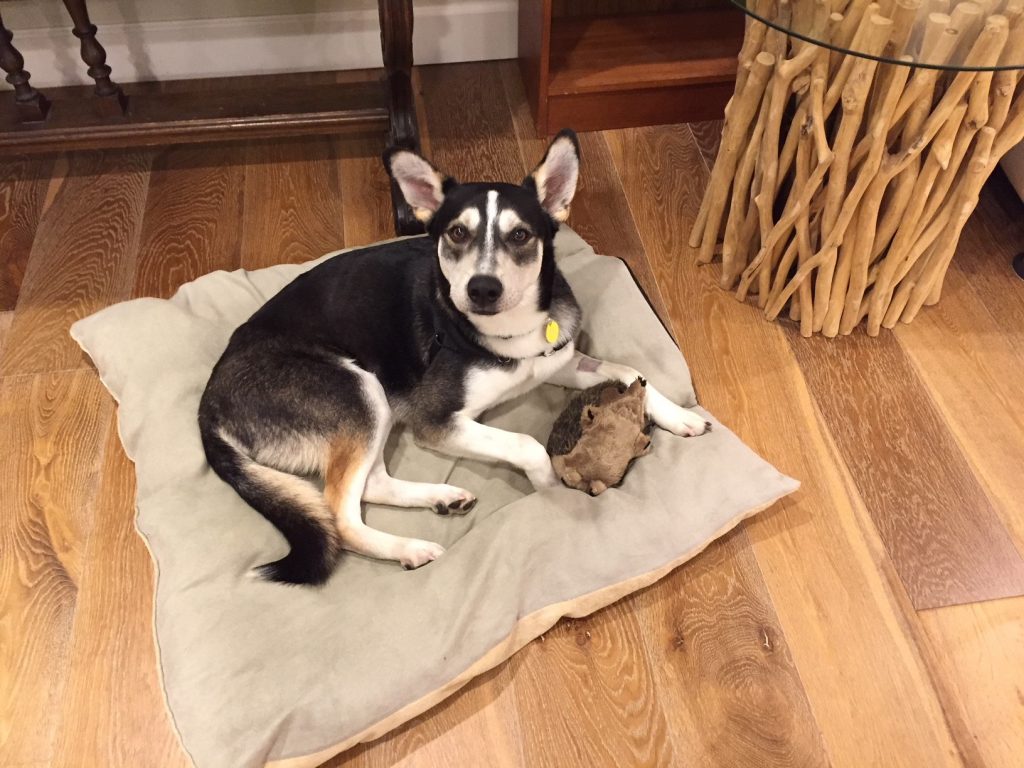 If you foster pets on the Coastside, feel free to contact us to request a post for your rescue animal.