El Granada has been my home since the late ’80’s. It took only a short period of time in my real estate career to realize that there are some areas of our Coastside that are simply very desirable. One of those areas is lower El Granada…more specifically, the older homes on large lots.  The types of homes I will describe don’t come on the market very often.  They start with large lots in great locations. What makes lower El Granada special is its central location along the mid-coast, its well documented sunbelt benefits, and its accessibility to trails, beaches, eateries, and more!  El Granada’s street layout was developed by a an influential architect named Daniel H. Burnham, who was commissioned by the Ocean Shore Railroad in the early 20th Century to create a design conducive to resort living for visitors from San Francisco.  According to the Art Institute of Chicago, El Granada – formerly called “Granada” is the only Daniel H. Burnham town built in the United States.  “As such it ranks as a national treasure.”

Downtown El Granada, in lower El Granada, is one block long at the center and base of the hill called El Granada Highlands.  The concentration of convenient services such as the post office, the hardware store, coffee, sandwiches, a thrift shop and a micro-brewery, effectively brings neighbors together.  The neighborhood grocery store is about 4 blocks north. (note: as of this post it is currently closed due to new ownership remodel in process)

The streets design is said to reflect Burnham’s thinking about urban design at the time. As a result of this frequently described “concentric” layout, it is very easy to get lost in the maze of streets, but it also allows for some mostly flat lots to have some ocean views!  The green broken lines in the image below are just a few of the semi-circular streets.  These are The Alameda, Palma, and Columbus. 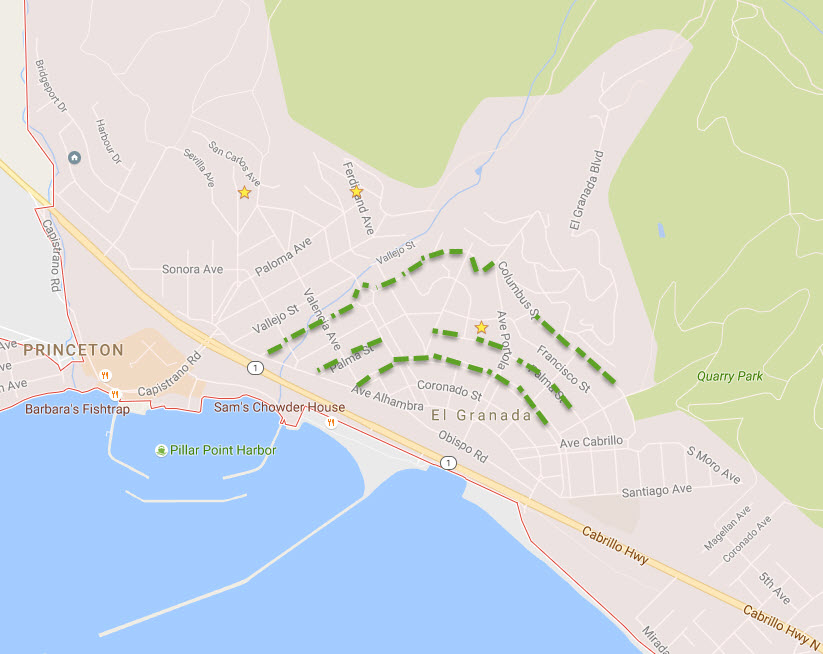 You can also imagine when you’re driving through El Granada that you have stepped back in time.  I read that when Burnham proposed his similarly designed streets for a growing Chicago, the planners veered away from his plan, which did not account for the widespread use of vehicles in the future.  You will also notice that some streets are one-way, and many streets do not have sidewalks. 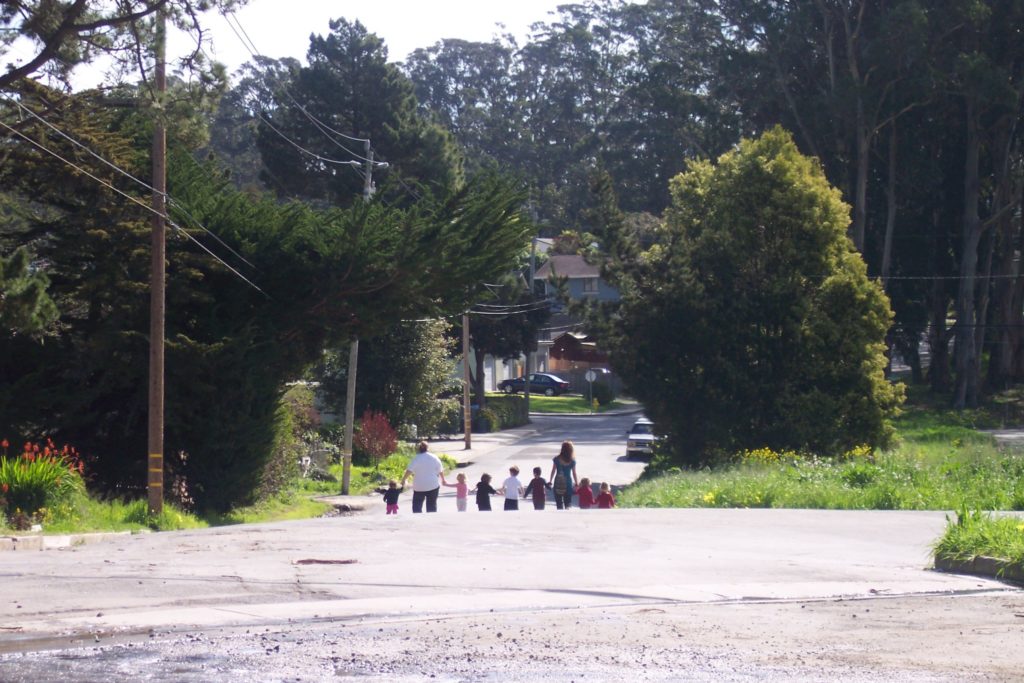 These older homes command interest because in our time of close-quarter living, the feeling of space and privacy is premium.  They are usually described as “double lots”.  There has been one sale that I know of, in the last 12 months, with the combination of a large lot (10,000 square foot or larger), 90 years old or older, in lower El Granada.  That home sold off market, so buyers looking for something like this were not exposed to this property before it sold.

Another attractive feature are the mature fruit trees which some of these properties enjoy.  I’ve seen apples, pears, figs, and walnut. The image below is from a Buyer I represented a few years ago who was lucky enough to purchase one of these homes.  The home was built in 1903 and has apple and walnut trees on a 12,000+ square foot lot. 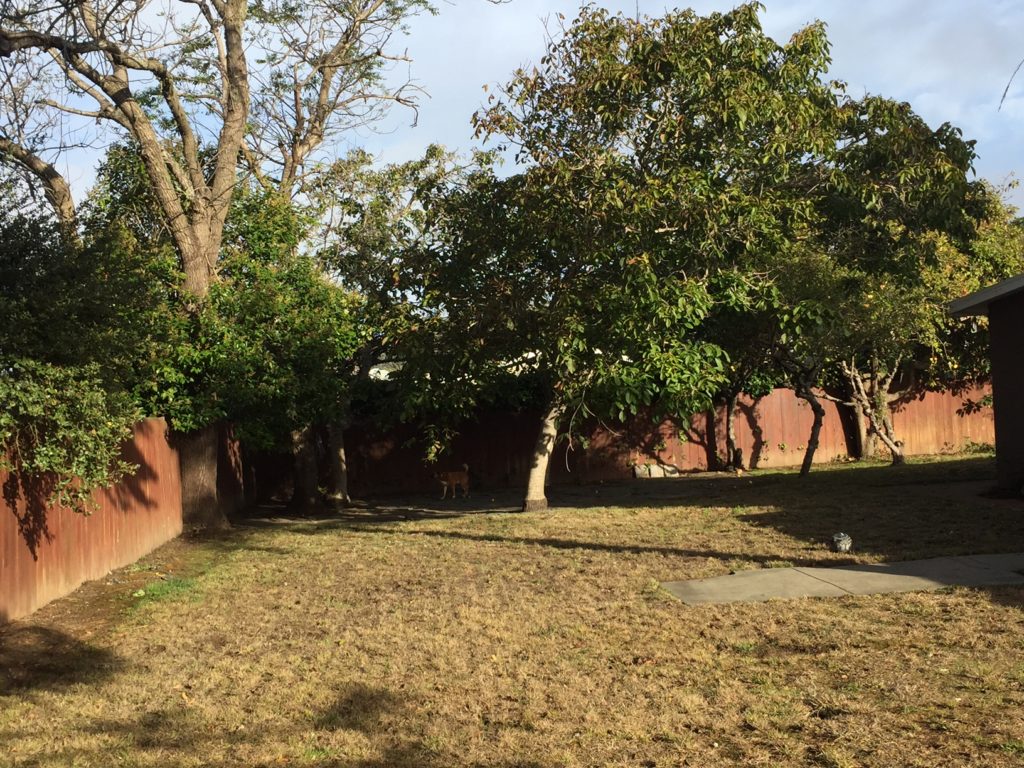 The charm of old growth redwood as building material, large fireplaces (the main source of heat at the time), 9-10 foot ceilings, beautiful old wood floors, among other period characteristics, is a rare opportunity for someone interested in a home that either can be restored or has already been steadily maintained.These homes may not be attractive to everyone, but for those who appreciate extra-large or double lot sizes in a semi-rural “small town feel” community, a dose of history and character in their home, and sometimes a project to either upgrade or restore the period details, all in a fantastic mid coastside location, they are here and…occasionally…available.